It seems dumb that I’m only noticing this now (especially after writing on a website dedicated to all things butt related for years now), but for some reason, I only just realized recently that there are trends around butts. I don’t know.. let’s just say I wasn’t paying too much attention I guess.

I mean, when I look back I can clearly see that everyone was talking about having a big butt a few years ago, but at the time, it didn’t stick out to me.

Anyway, apparently, big butts are on their way out of style.  After reading this article, I guess it makes sense to me (in retrospect, of course) that big butts really have been the trendy thing circa 2014 and even leading up until now.

Butts were the trending thing around 2014. Trends are largely driven by celebrities, and butts were well talked about and featured at the time.

Think about it:  this was the time we saw numerous articles about Kim Kardashian’s butt, including her ‘break the internet’ publicity stunt; Megan Trainor had released a song about having a big booty…

… and who can forget about all the twerking that seemed to be everywhere at the time?

Seriously though, for some reason I never realized that all the attention on bigger booties was just a shifting trend at the time.  Maybe that’s how it always works – trends aren’t so easily noticed at the height of the moment and it’s only later that it becomes strikingly obvious that the thing was maybe overly inflated/idolized due to being trendy.

Whatever the case may be, it seemed to actually push record numbers of people to think about drastic measures for body-morphing surgery – 2015 was apparently dubbed ‘the year of the rear’ according to this article which explains that buttocks implants where the fastest growing surgery of 2015 – on average a butt surgery was performed every 30 minutes!

One should never underestimate the seriousness of undertaking a decision as heavy as surgery. Unfortunately, people have actually died as a result of botched and dodgy procedures, including butt surgery. It’s clear that in these cases that the trends around having your butt look a particular way have maybe just gone too far.

After a while, I noticed that the health and fitness industry started to explode with people promoting how to get a bigger butt through exercise (can’t complain – that’s what this very site was all about too when it started!). Youtube videos, tutorials and all kinds of new exercise routines started popping up on the internet. And here I was silently cheering in the background – I feel like it became more normal for women to work out their butts at the gym!

I’m still glad that the humble booty is getting a lot more love in this area. Pre ‘big butt trend’, it seemed almost impossible to find good information online about how to get a better butt through exercise or even how to target your butt muscles. 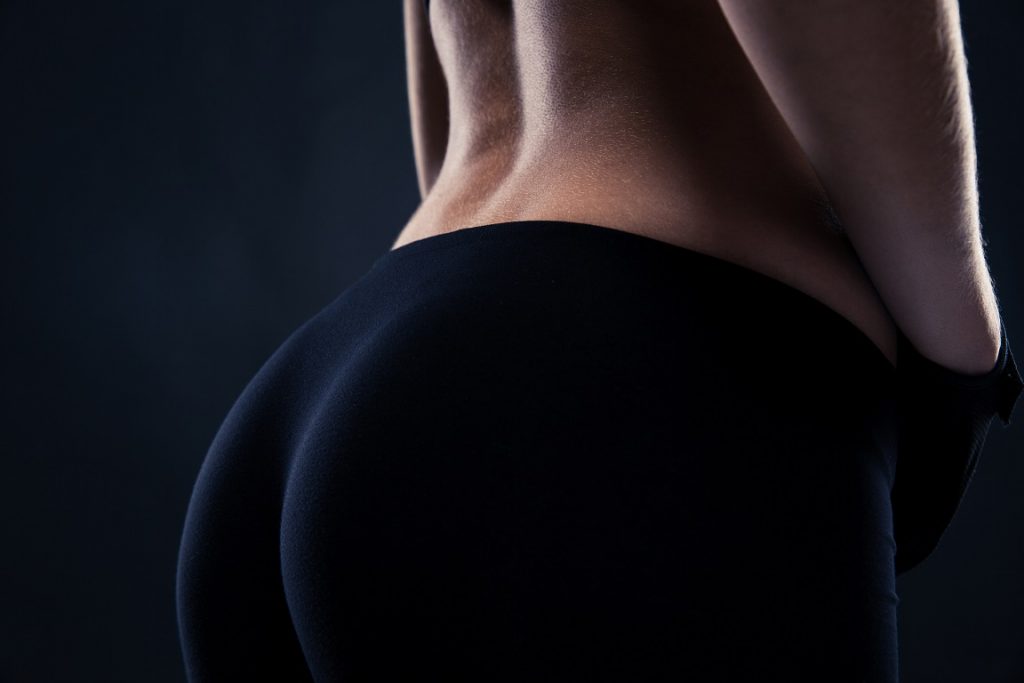 So are big butts out of style? I was looking at some photos of Kim Kardashian’s butt (as one casually does) on the internet while researching this post and I have to say, in some photos, it is that big that it just looks a little weird and scary! But I remember seeing the same photos years ago at the height of the big butt trend and not thinking anything of them.  Maybe this is a clue that this look is no longer considered ‘normal’ or ‘cool’.

When it really comes down to it though, I have no idea – I have to admit I’m really bad at following trends, so I couldn’t tell you. I am quite possibly the worst person to ask.

What I can say though, is that I don’t think that having a nice/better looking butt would ever go out of style.  Sure, society’s idea of what is ‘nice’ may change with the times, but its really up to the individual how they personally define it.

For me, a better butt is a healthy butt. A healthy butt is one that I exercise often and supports my body posture correctly. And hey, if the current trend happens to push me towards wanting a bigger/smaller/more athletic/whatever-it-may-be-at-the-time butt, I might choose to strive for that – but maybe only in a healthy way (for me personally, that currently means through natural methods like diet and exercise).

In my opinion, it’s wise to accept your body’s limits and learn to love your body for what it can do; there’s no sense in chasing body trends as they all seem to change too often for anyone to keep up anyway!  Do your own thing and don’t conform to trends!

Apparently, the current trend is glitter butts.  At the risk of sounding old and no longer ‘with it’, I must admit I have no idea what this trend is all about – it really doesn’t make much sense to me. Maybe this just means I’m losing it, haha.

Were you aware that there are trends around butts? Is it important for you to follow them or keep up to date with the trends? Let me know what you think in the comments below!

Are Big Butts Out Of Style?
Tagged on: trends